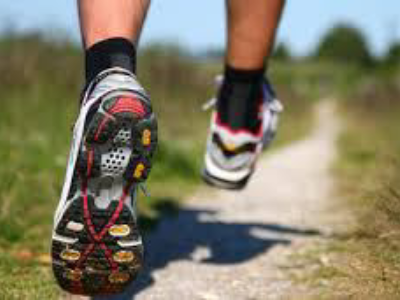 The 2 most common running injuries & mistakes!

With those lucky enough to have secured a place in next years London Marathon starting to plan their training schedule, we have picked the brains of the very talented and experienced Jon Castle (Director & Principal Physiotherapist at Bespoke Physiotherapy) to talk to us about running injuries, mistakes and and advice for new runners…

What are the 2 most common running injuries you see in London and what is the main cause of each?

The most common running related injuries I see here in London would definitely be patello-femoral pain syndrome (runner’s knee) and Achilles tendinopathy.

Runner’s knee generally presents as pain at the front of the knee around or behind the kneecap. The most common cause of runner’s knee is poor biomechanics, which is to say poor alignment of the hip, knee and ankle/foot during running. Onset is generally associated with a sharp increase in the amount of running someone is doing. 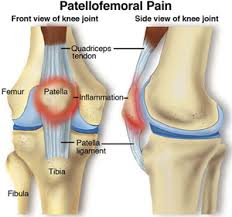 Achilles tendinopathy presents as pain around the Achilles tendon and or the back of the heel and once aggravated is often worse first thing in the morning and can be quite debilitating if not addressed properly. The main causes of Achilles tendinopathy in runners are poor running technique, a lack of support for the foot and ankle while running (i.e. the wrong running shoes), and once again, poor biomechanics. Functionally speaking, poor mechanics stems from a lack of adequate muscle control at the pelvis hip and knee. This is where Physiotherapy and specific rehabilitation is most useful. 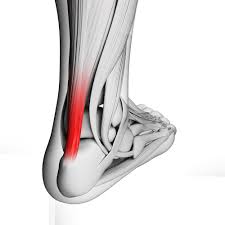 What are the 2 biggest mistakes novice runners make that lead to injury?

The first is that most people go too hard too soon. New runners tend to get the running bug and they increase the distance and volume of running too quickly. The other big mistake is not factoring in sufficient recovery time. In real terms this means a lot of new runners do not have enough rest days, do little or no warm up, cool down or stretching exercises, and focus too much on running and not enough on cross training.

What is your advice for new runners, who have never run before?

I would say start slow and low. Start off running at a comfortable pace for relatively short distances. Avoid running on consecutive days initially and factor in enough time for warm up, cool down and stretching. When you do start to build things up, only change one factor at a time. Start by building up your distance and then work on your pace. Many running overuse injuries stem from people trying to increase speed and distance simultaneously.

What are your 3 favorite stretches for runners?

Obviously everyone is different and there is no set of exercises that will suit every runner. However, these are 3 of the exercises that  I find are most useful to many runners. 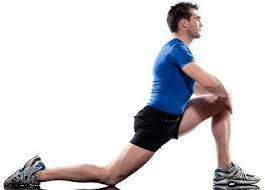 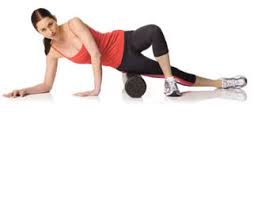 If you are concerned about your biomechanics, a niggling injury or just want an MOT before you start your training programme, do contact us to arrange a physiotherapy session. 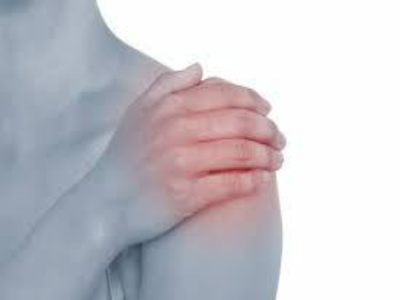 Is it getting cold? Or do I have a frozen shoulder!

What is Frozen Shoulder?

Frozen shoulder (also known as adhesive capsulitis) is a condition of the shoulder where symptoms of pain and stiffness gradually worsen over months and sometimes years. At times, varying other types of shoulder pains are labelled as ‘frozen shoulder’ however true frozen shoulder is actually the significant reduction of movement in the capsular pattern. This means that you are unable to move the shoulder far from your side, reach behind your back or indeed rotate it outwards due to pain and stiffness. It has 3 stages which vary in length and can overlap:

During stage one, often referred to as the “freezing” phase, your shoulder will start to ache and become very painful when reaching out for things.

The pain is often worse at night and when you lie on the affected side. This stage often lasts for two to nine months.

Stage two is often known as the “frozen” phase. Your shoulder may become increasingly stiff, but the pain does not usually get worse and may even decrease.

Your shoulder muscles may start to waste away slightly because they are not being used. This stage usually lasts 4 to 12 months.

Stage three is the “thawing” phase. During this period, you will gradually regain some movement in your shoulder. The pain will begin to fade, although it may come back occasionally as the stiffness eases.

You may not regain full movement of your shoulder, but you will be able to carry out many more tasks. Stage three can last from five months to many years.

Frozen shoulder occurs when capsule surrounding the shoulder joint becomes inflamed and thickened. The pathophysiology behind why this happens is unknown however the following can increase your chances of developing it:

– Other health conditions, such as heart disease and stroke

Studies of the epidemiology have also highlighted that Frozen Shoulder is more common in women than men and it is most likely to occur between the ages of 40 and 60.

How can it be managed?

We know that frozen shoulders will eventually improve by themselves but this can take up to several years to do so. As you can imagine, this level of pain, stiffness and lack of function is not acceptable to most people for this long, so alternative treatments are sought.

Frozen shoulders can be extremely painful, especially in the early stages of the condition. Your GP may prescribe you painkillers, such as paracetamol, a combination of paracetamol and codeine or a non-steroidal anti-inflammatory drug (NSAID).

Some painkillers, such as paracetamol and ibuprofen, are also available from pharmacies without a prescription. Always follow the manufacturer’s instructions and make sure you are taking the correct dose.

If painkillers are not helping control the pain, it may be possible to have a corticosteroid injection in your shoulder joint.

Corticosteroids are medicines that help reduce pain and inflammation. They may also be given with a local anaesthetic.

These injections can help relieve pain and improve the movement in your shoulder. However, injections will not cure your condition and your symptoms may gradually return.

Corticosteroid injections will not be used after the pain has gone from your shoulder and only the stiffness remains.

Having too many corticosteroid injections may damage your shoulder, and the injections often become less effective over time, so your doctor may recommend having no more than three injections. You will need at least three to four weeks between these.

Evidence for physiotherapy to manage true frozen shoulder have been conflicting over the years. In my experience, in the early stages of the condition, physiotherapy can be extremely useful for pain reduction however, movement often remains restricted. There is however research supporting physiotherapy in the middle to late stages of the condition as well as after more invasive input. After such a long period of immobility the shoulder needs lots of encouragement and muscle patterning retraining to rehabilitate back to full function.

MUA has been the traditional orthopaedic surgical management of frozen shoulders. Although slightly confusing, there is no surgical incision. This actually involves your specialist manipulating the shoulder joint into full planes of movement (whilst you are under anaesthetic).

The ideal time for manipulation of the frozen shoulder is at the stage when night pain is decreasing but the stiffness has reached a maximum. Physiotherapy at this stage usually makes the shoulder more painful but is of course invaluable immediately after the manipulation and possible steroid injection.

This is a relatively new procedure that is becoming more and more popular for the management of frozen shoulders. This involves a small amount of fluid being injected into the shoulder joint which then expands the capsule. This ‘distension’ of the shoulder joint with fluid is thought to disrupt adhesions (scar tissue), thereby opening or freeing up the joint allowing improved range of movement. The evidence is building around this less invasive procedure having benefits to pain, range of movement and function in patients with frozen shoulder. Smaller studies are also showing that distension with steroid injection appears to be more effective than a steroid injection alone. When compared with a MUA, evidence suggests that it is as effective, with less complications.

Many shoulder complaints are placed under the umbrella term of ‘frozen shoulder’ so it is always best to have a full assessment with a musculoskeletal specialist, such as a physiotherapist.

Physiotherapy can be useful for pain relief in the early stages and is extremely important once the stiffness naturally starts to lift or you undergo a MUA or hydrodilation.

If you are unsure of your shoulder diagnosis or whether it is the right time for you to start physiotherapy, do Contact Us as early intervention will significantly improve timeframes for recovery.